Security on the Road

Nepalganj, 24 February 2005. Royal Nepal Army escorting a lorry load of Liquefied Petroleum Gas durind a nationwide transport blockade called by the Maoist. During those stoppages, vehicles are escorted by the RNA. In some occasions the Military have confiscated the vehicles from drivers who refused to drive in or out the cities. The Maoist have destroyed buses and an ambulance driven during the blockade, they have also shot dead an Indian driver while under military escort. 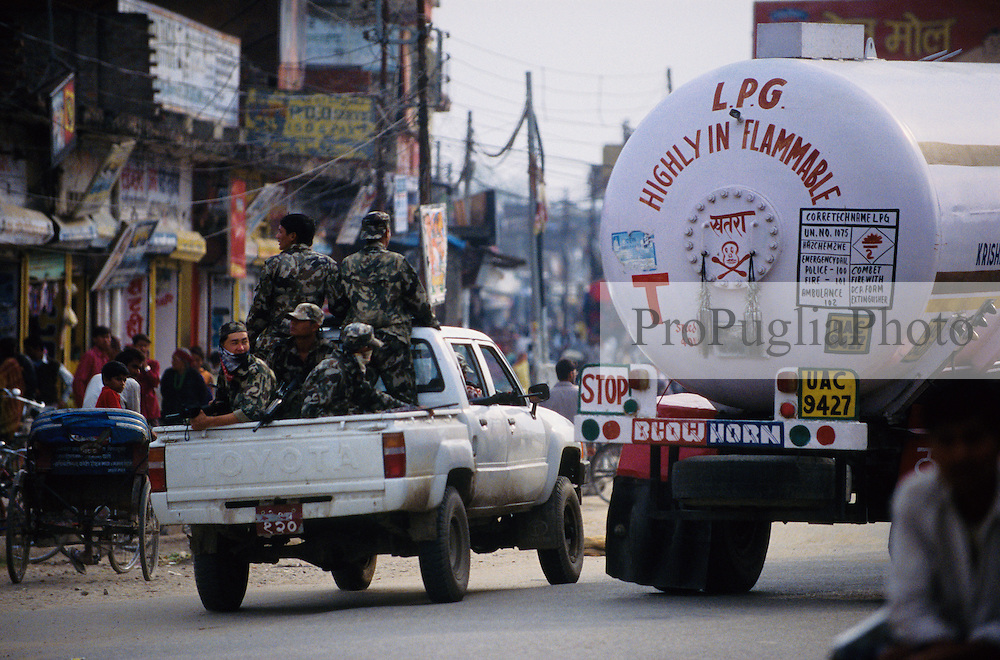